In occasions having already achieved a remarkable billing and going very good economically, I sometimes try new things or new ways to transmit a concept. The concept of couple problems, which for a long time has generated many sales, I decided to treat it in a more informal and fun way from a first test we did it was very successful in sales (it was first looking for example proposal in some agencies) where Mario begs marriage to Laura who fled in terror (and although only Laura’s legs are seen, the concept is very clear). 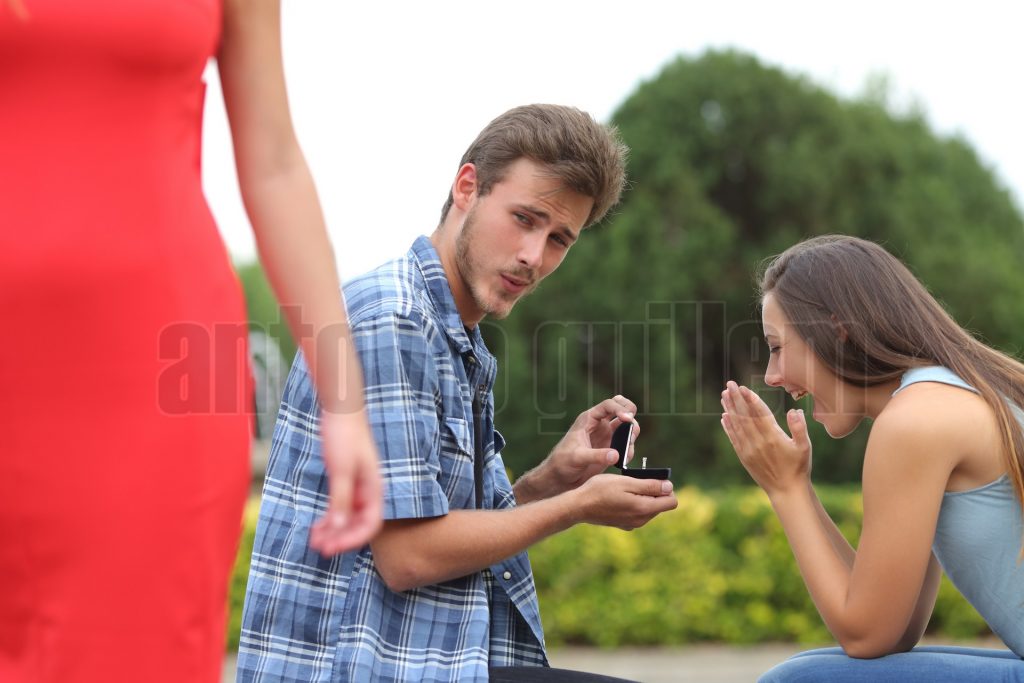 On this occasion, we treated the concept of infidelity since before the marriage with a Mario who asks in marriage to Laura while he looks at another girl that walks in the street.
While we were doing it, Mario was quite embarrassed and could not bring the face of desire, while youngsters who looked attentive, did not understand how he seemed immune to the charms of the model of red. It was a very fun time. Finally, after numerous attempts and many more laughs, we got this image.

To this they follow others of similar characteristics with a very good degree of acceptance in some cases.